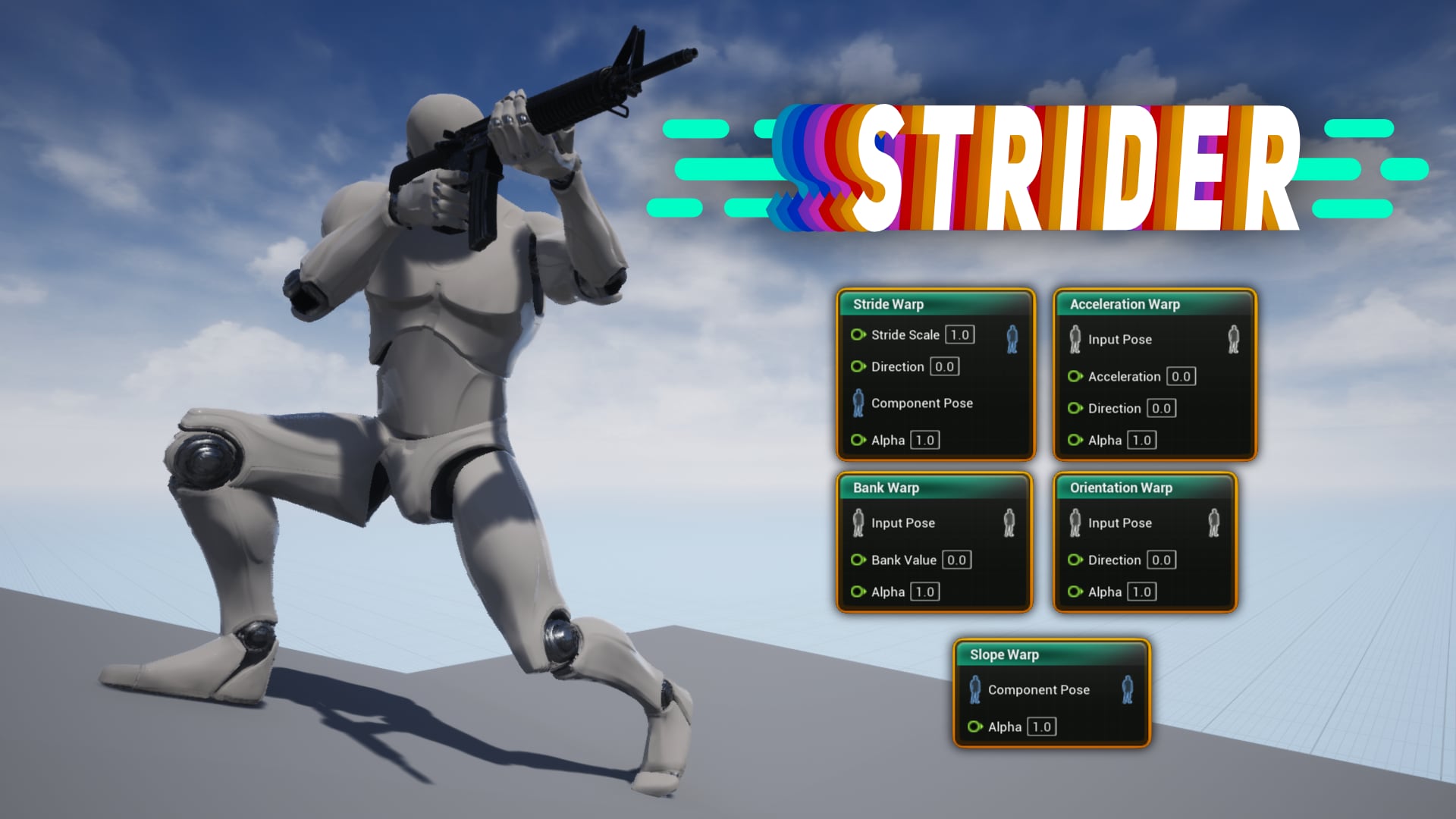 Strider is a procedural animation warping plugin that enables developers to modify the stride and pose of a character at runtime to improve animation coverage and dynamics. It achieves this via 5 custom animation nodes that can be placed into any animation blueprint with very little effort. Each node is written in C++ and optimised for best performance. Please watch the following videos for a details:

All of these nodes can be combined in creative ways to reduce animation requirements, state machine complexity and expensive blend spaces.
Technical Details
Features: