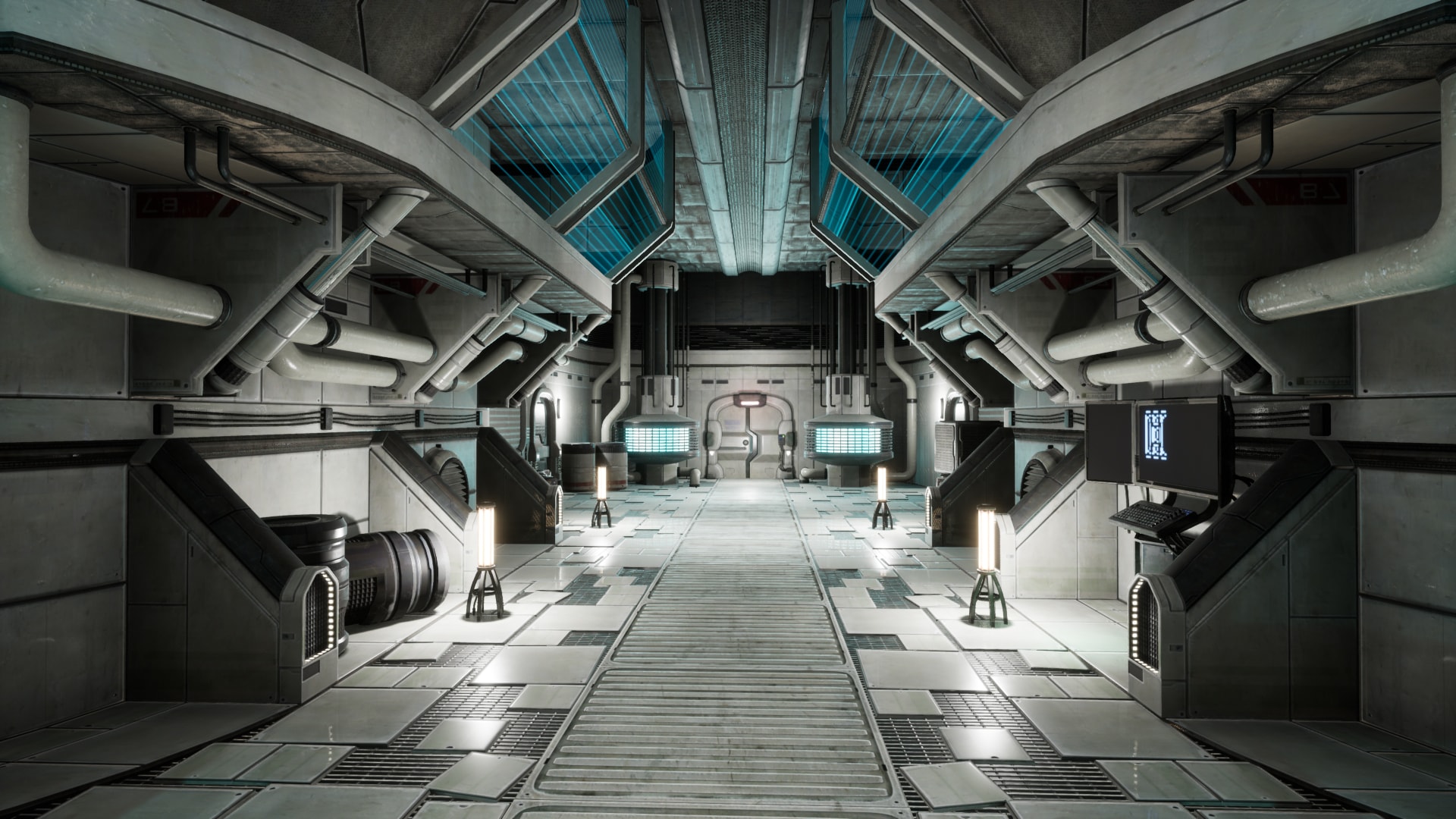 Details:
This sci-fi pack is intended to be used as a starting point and could be kitbashed to good effect. Included are sci-fi doors, boxes, barrels, pipes, wires, and other details to create a space station like environment. Everything in the screens is included in the pack including the room.

Most props use multiple materials consisting of a normal map, roughness map, and color map. Some have emissive, transparency, and metal maps. All models have collision and are scaled in centimeters. Notable models include the room itself, doors, window and mainframe.


The room is included as a reference and can also be used in your project. Lighting is baked in the room for now, but I am going to submit a version where the lighting is real time so there aren't great variations from engine version to version.
Technical Details
Features:
Texture Sizes:
Lightmap UV: Optimized at creation of prop, not auto generated
Scale: Centimeters
Collision: YES - Custom and automatically generated depending on the model
Vertex Count: Varies per model, the high end being around 2,300
LODs: NO
Number of Meshes: 63
Number of Materials and Material Instances: 42
Number of Textures: 95