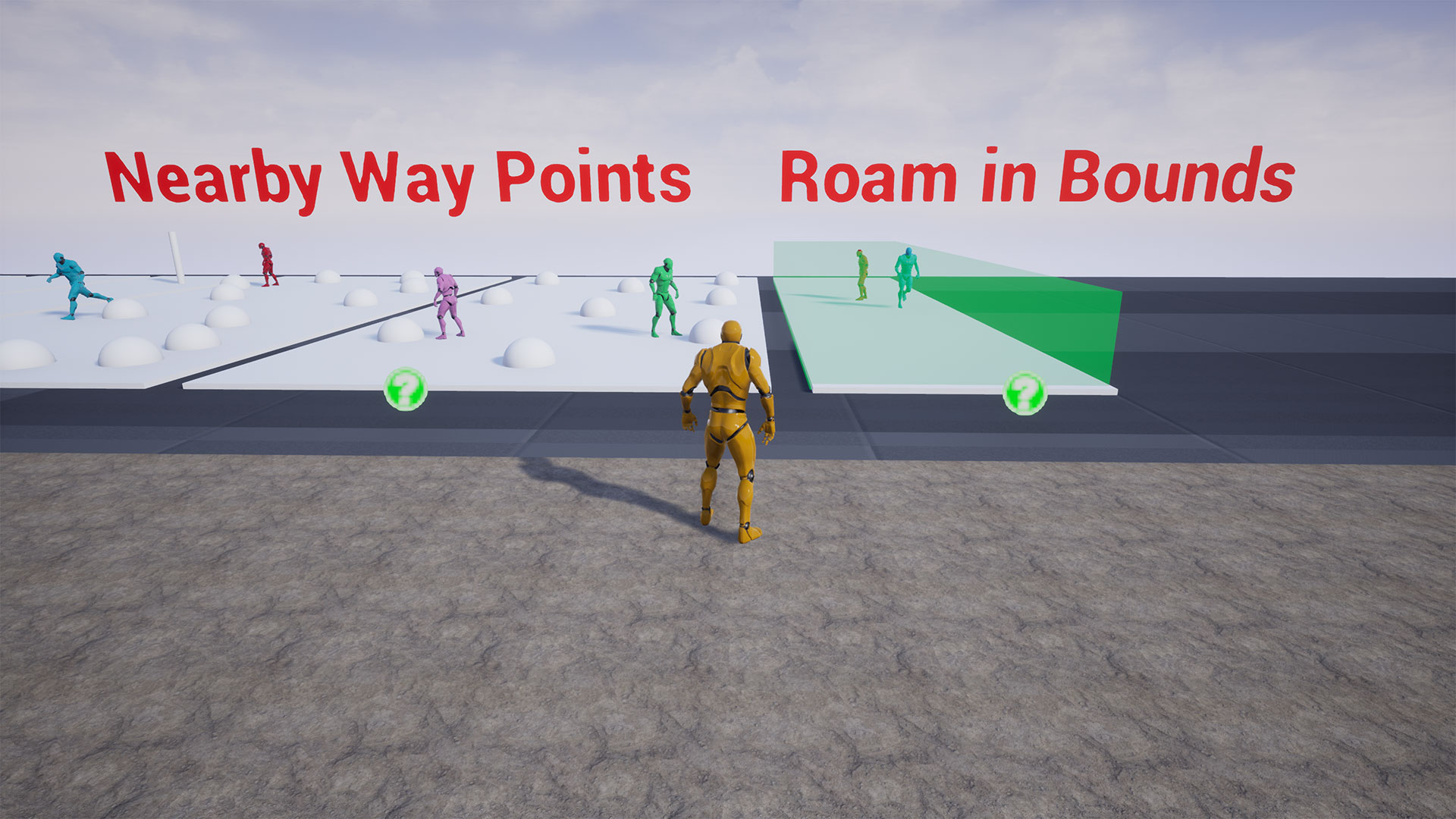 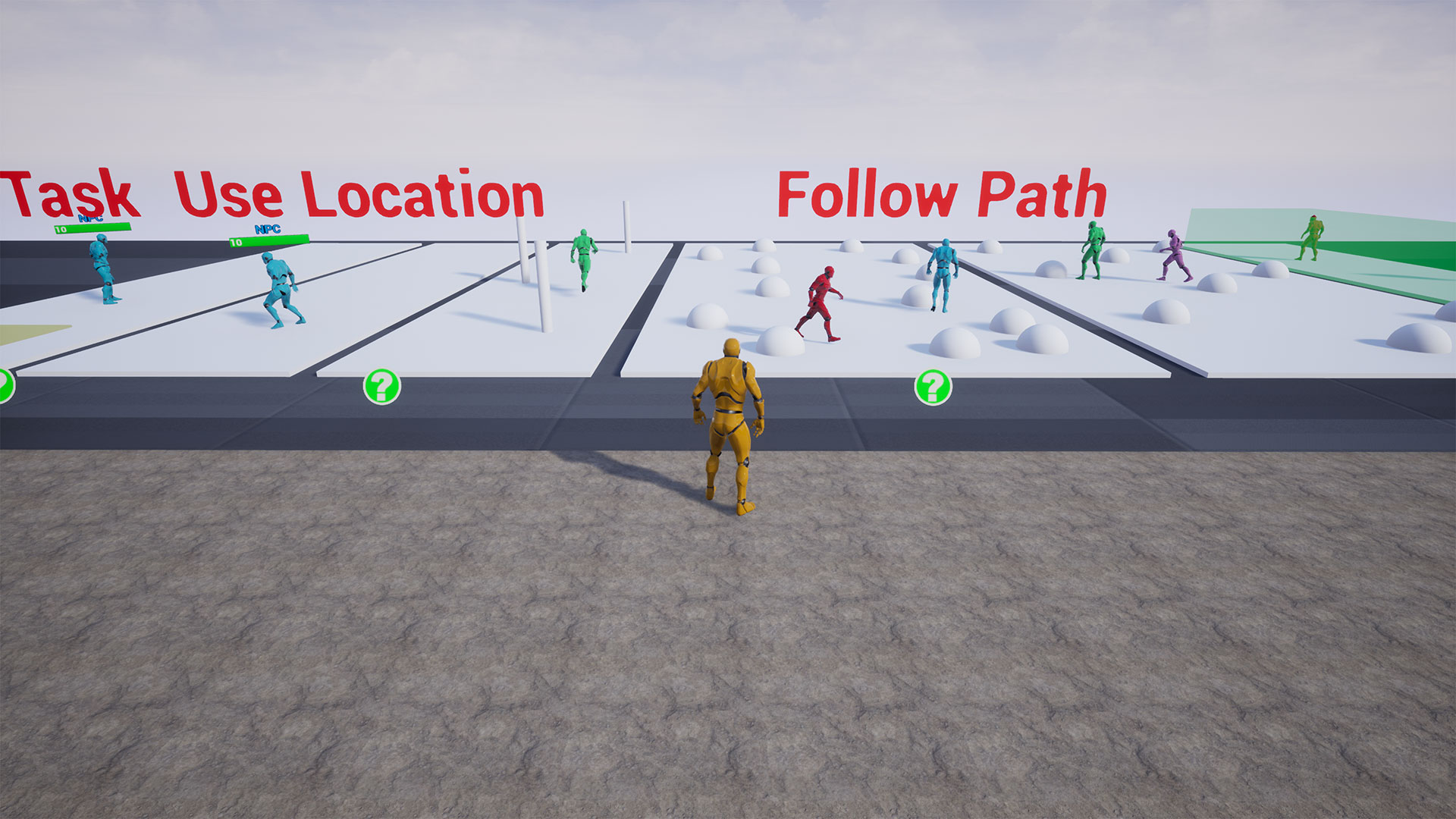 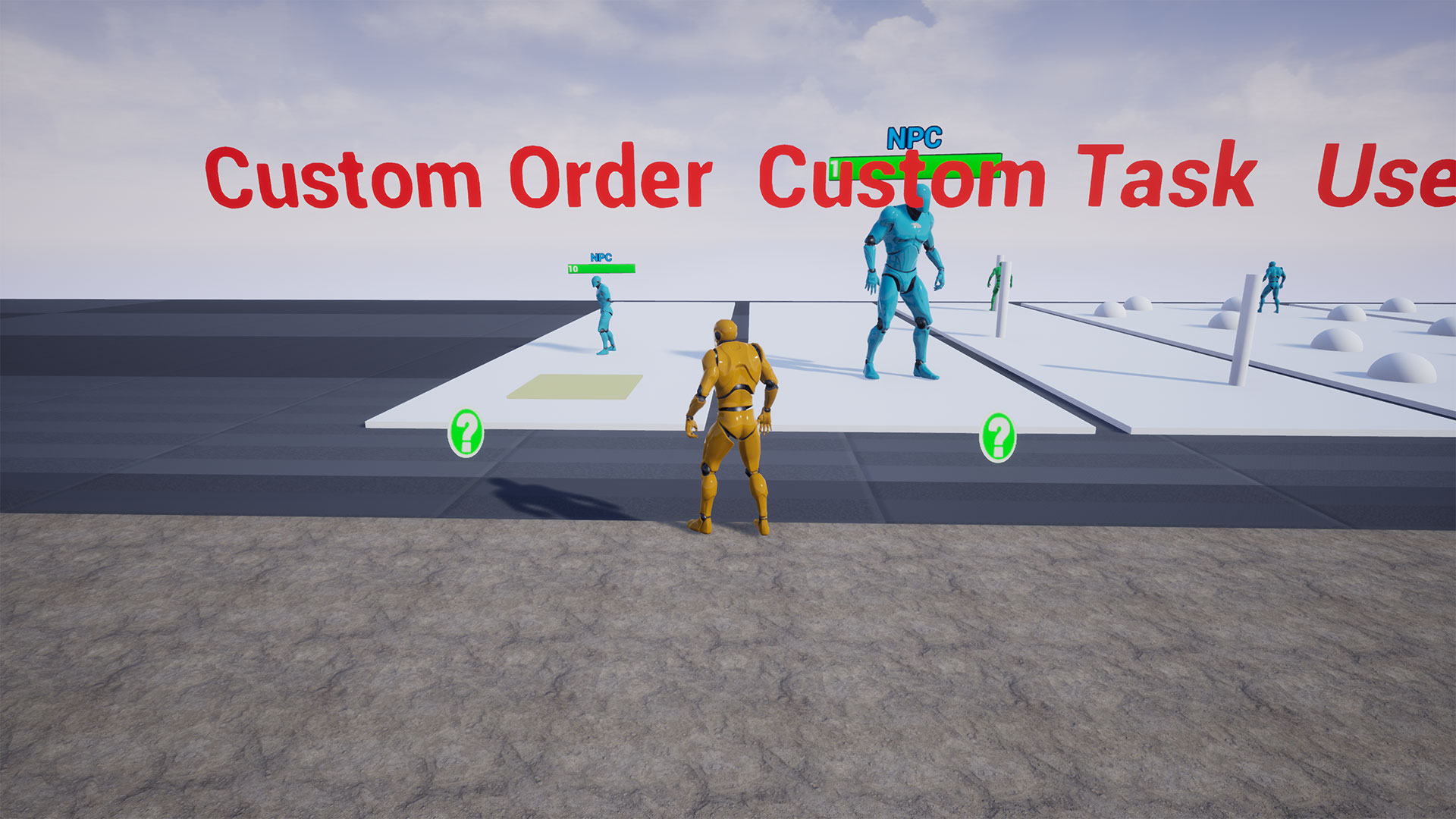 NPC Profiles - These are task lists that NPCs will follow as they go about their daily routines. You can use one or more Profiles to customize how your NPCs behave in your game.

NPC Dynamic Dialogue - NPCs can talk to each other using the Dynamic Dialogue System. This flexible system uses a Datatable to store all possible NPC lines and the NPCs will create a dynamic conversation on the fly!

Optimization Options - The system has a variety of performance optimization settings, such as a Player Proximity System, and visibility-based optimizations that enable you to have crowds in your scene with great performance!

Crowd Tools - This asset also comes with additional tools to help you build performant crowds. Static NPCs and Spline-based crowds are included to further add life to any game scene.
Technical Details
The NPC Manager allows you to use your own custom characters and animations easily.

Number of core Blueprints: 110
Sample animations included: 17
Network Replicated: Yes
Supported Platforms: Win / Mac / Linux/ XBOX* / PS4* / Android* / iOS* /Oculus *
*NOTE: Consoles, mobile phones and VR have not been fully tested. However, this asset uses standard systems and Blueprint functions that should work as expected on those platforms. Please contact me if you have any questions.