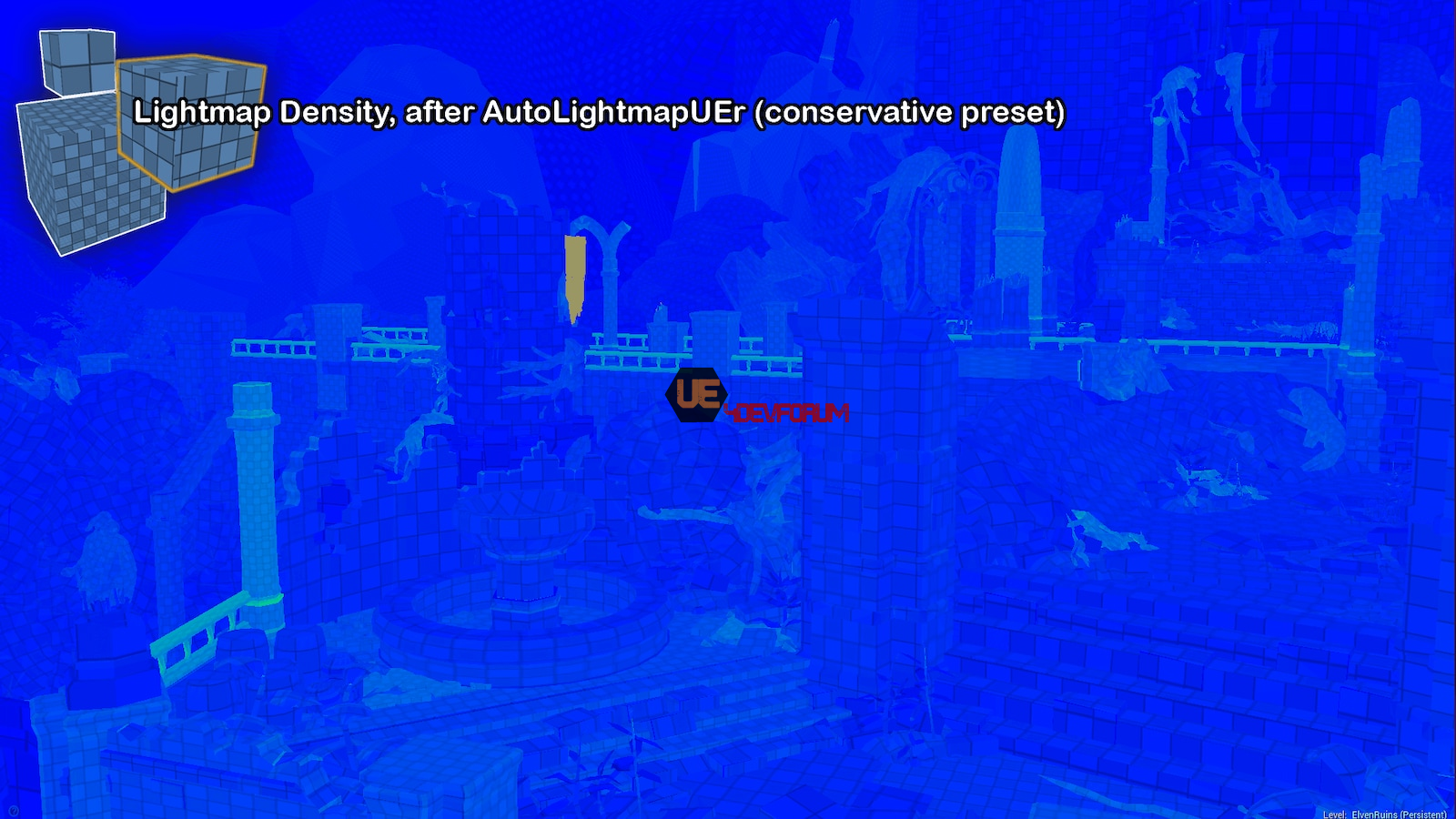 Version 1.2:
- You can now also use the actual surface area of the actor's static mesh for calculations, if you prefer.
Note that none of the default presets were made with this in mind, so you'll have to roll your own.
(The plugin lists all surface areas it's calculated in the output log to give you an idea of the values to use)

AutoLightmapUEr is an Unreal Engine editor plugin that allows you to easily enforce consistency of lightmap density across your level, saving precious memory and reducing lighting build times.

AutoLightmapUEr goes through your level and adjusts every mesh's lightmap resolution according to its size in the world and the preset values you specify. Need a new preset for a specific project? You can add your own, finetuned to work just the way you need.

- Reduce your lighting build times with minimal visual impact
- Keep static shadow sharpness consistent across all your level's props
- Instantly save untold memory and file size (ideal for mobile games)
Technical Details
Version 1.1:
- "All" mode now also works correctly on (Hierarchical) Instanced Static Mesh Components.
Before, UE returned the extents of the surrounding volume of *all* the instances together, apparently.
- "All" mode now also works with freshly added blueprint actors.
Blueprint actors that were freshly added to a map return multiple copies for an AActor Iterator (seemingly one per component?),
which could lead to sometimes picking the wrong lightmap size if only some components were scaled.
- "Clear tags" button moved and changed from just an "X" to a clearer label
- Cleared up how the values are used, with expanded tooltips: the "extent" values are the half-length from the center by default.
There is now also a new option that switches calculation to full-length, if you prefer, for your own presets.
(Note that the values for the 2 default presets don't get changed when you switch to full-length)
- You can now use folder names to override the currently selected preset.
Actors inside a endpoint folder (read: A\B\C C is checked, A and B aren't) whose name matches that of a preset, will use that preset to calculate lightmap sizes.
- New "Go deep" toggle that will propagate the lightmap change to the meshes themselves, and their various LOD levels.
Was added because some people encountered strange unreproducible effects with lightmap overrides working backwards for lower LOD levels.
You shouldn't need this, normally, but if you run into any trouble, you might maybe give it a try?