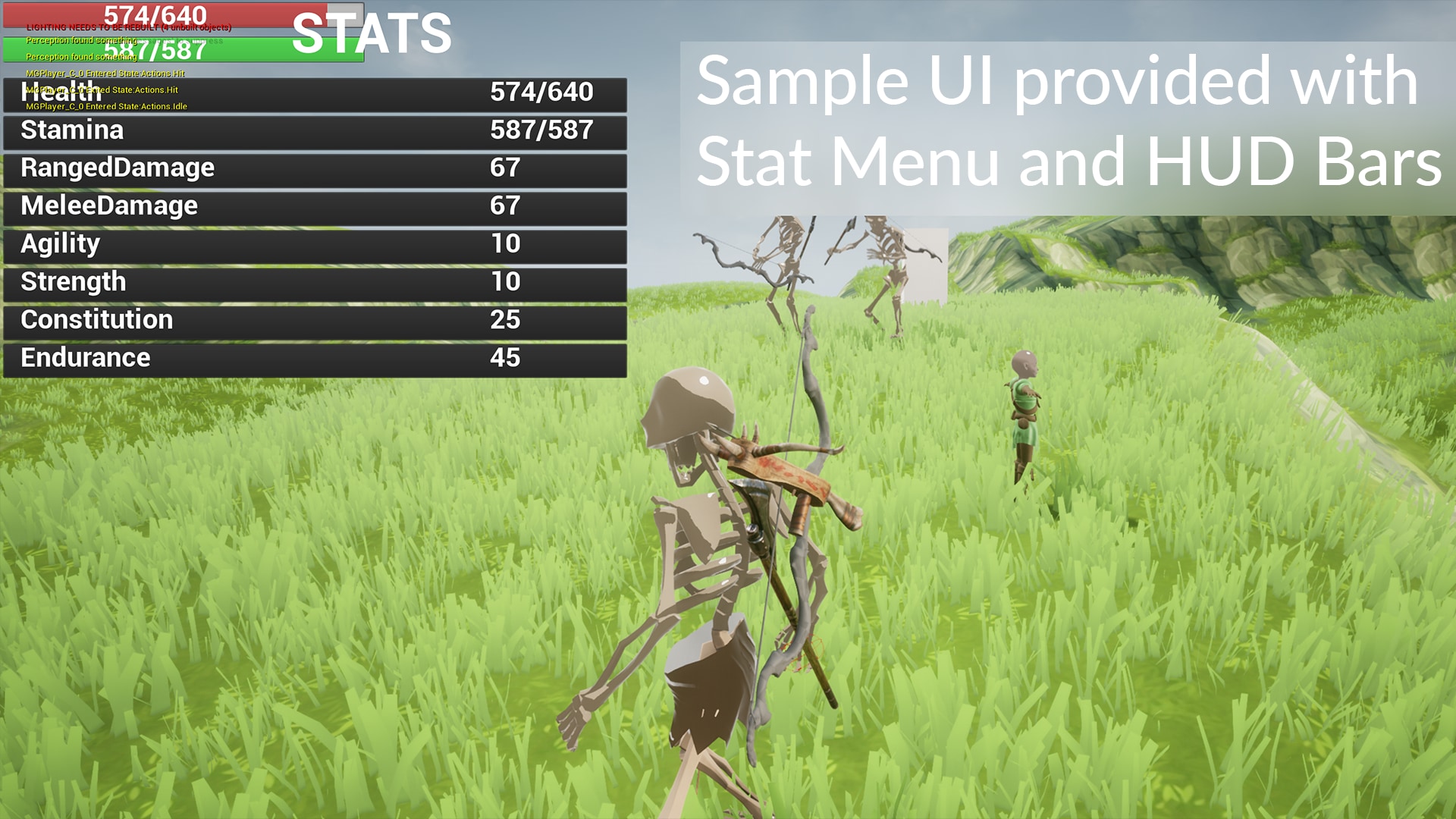 Advanced RPG System (ARS) is an Unreal Plugin that allow developers to easily built complex RPG Systems.
Being based on Components, ARS is totally system agnostic and 100% Plug and Play.
You'll be able to define your own Attributes (like Strength, Dexterity, Intelligence etc.) your own Statistics (Health, Stamina, Mana etc.) and your Parameters (Melee Damage, Fire Damage, Crit Chance, Melee Defense etc).
ARS allow developers to define their very own rules on how each Attributes can affect the others throught the use of float Curves, for example you can define how your Entities Constitution affects his own MaxHealth.
ARS comes with an Attributes Modifier system to temporary or permanently apply modifications on your AttributeSet at runtime (useful when items are equipped/ abilities are used).
You can select between 2 different Level-up systems: an automatic one in which Attributes on level up are incremented throught the use of curves and a Perk-based, in which at every level your Entity gains a certain amount of perks that can be used to increase his Attributes.
Advanced RPG System is built with Multiplayer in mind, so everything is efficently replicated.
The system is written in C++ for efficency, but the whole logic is exposed to Blueprints so that you can use it without writing a single line of code.